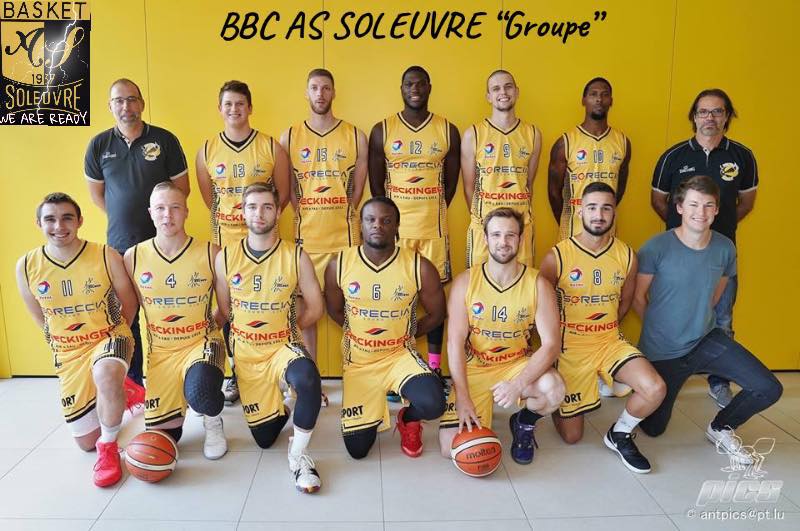 On the 3rd game-day in the Nationale 2, the road-teams were succesful in 4 out of 5 games. On top of the standings, Zolwer (picture) and Contern remain unbeaten (3:0), while the promoted teams Mamer and Kayldall still have to wait for their first victory.

AB Contern, one of the clear favorites to move up to the Total League, was able to beat BC Mess by 20 points (98:78) and improved to 3:0 while Mess lost its first game of the season. 12 point-shots made by Mess were not enough to challenge the home-team.

Zolwer won on the road in Heffingen (87:77). After making 5 threes in the first quarter, the guests had a lead and never looked back in this game. Heffingen now has a 1:2-record, clearly not enough for the team and a new coach (Angel Aranda) will take over this week.

Thanks to a strong 3rd quarter, Telstar won its first game of the season im Mersch. Both teams now have a record of 1 win and 2 losses.

Bascharage earned a second win by beating Kayldall 108:89. The club from Kayl has 3 losses but only 2 points after losing 1 game forfait, which puts them on the last place in the standings. Bascharage had a good start into the season and now the next weeks will show if the team is strong enough to also win against the favorites of the league.

Finally, Mamer has disappointed so far after losing a 3rd straight game. The team around McDaniel and Neal lost 84:88 at home against Gréngewald.