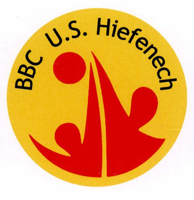 The 4th game-day in the Nationale 2 did not bring any surprise. However, Contern had to storm back in the 4th quarter (39:25) to get a 93:90.win on the road in Zolwer. It was a very thrilling game between 2 teams that look to be part of the best 4 teams of the league. The favorite Contern stays unbeaten this season after this comeback-win that included 13 points from captain Birenbaum in the final 10 minutes.

Heffingen played its first game with new head-coach Aranda and won on the road in Gréngewald (78:59) after a slow start. However, the guests kept the opponent to 2 points in the second quarter and had a good 4th quarter to secure the important win. Both teams have a 2:2-record after 4 games.

BC Mess stays in a good position after earning a 3rd win on the season against Black Star (99:90). Despite only 17 JICL-points, Mess was able to win this home-game while Black Star falls to a 1:3-record.

Promoted team Mamer could celebrate its first victory of the season after beating Bascharage 106:96. Neal exploded for 47 points while McDaniel (16) and Ngani (15) added double-digit-scoring. Bascharage is still in a decent position with a 2:2-record so far while the next games against Gréngewald and Telstar will give an indication how strong the team of Adam Radomirovic can be this season.

Lastly, Telstar had no difficulties to roll over Kayldall (104:60) and earn a 2nd win on the season while Kayl is still winless with its 8-mem-roster.