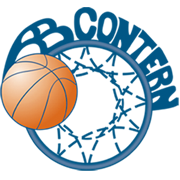 On the 7th game-day, all 5 home-teams were able to get a win in the second league.

The number one and still unbeaten team from Contern dominated against the winless team from Kayldall. In the end, the result 120:63 says everything one needs to know about the game.

Heffingen turned up the intensity after the break to beat Bascharage 102:77. USH has a 5:2 record while Bascharage's 2 wins so far show that the team's goal will be to stay in the league this season.

Telstar earned a big 86:66-win over Gréngewald that might have taken the hopes away from the greens to make a run at the 4th place. Telstar is in a comfortable situation at this moment. Telstar knocked down 9 threes while Gréngewald only hit 1 shot from behind the arc late in the game, clearly not enough to win a game.

The closest game of the weekend was played between Mess and Zolwer where the hosts won 83:79 behind 14 made three-point-shots, 6 of them by Yorick Melchior, compared to only 3 made “threes“ by Zolwer. Both teams are tied in the standings at this moment.

Promoted team Mamer won against Black (81:71) which puts Black Star on the second-last place in the standings. The team of coach Rainer Kloss only has 1 win so far and clearly needs to focus on the fight to keep the league.

In the standings, Contern is still on top with 7 wins while four other teams have a 5:2-record. The bottom 5 teams are most likely not competing for a spot in the play-offs.