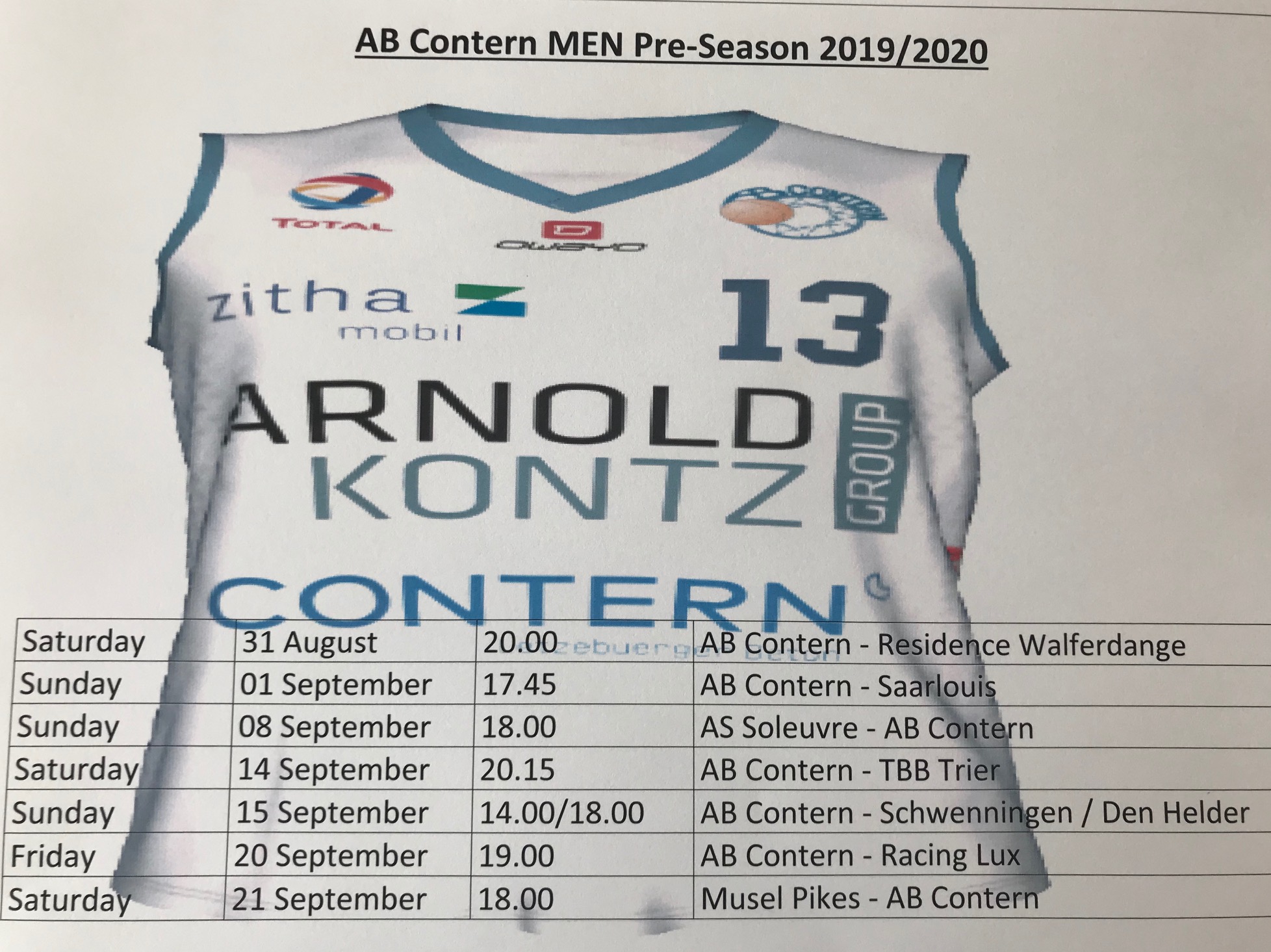 Opener against Residence from Walferdange, on Saturday 31st of August, followed by a 2nd homegame against Saarlouis from Germany Regional League.
On Sunday the 8th of September, Men Team plays the season opener in Soleuvre.

The international tournament VOYAGES EMILE WEBER in Contern is held on September 14th against Römerstrom Gladiators Trier.
Schwenningen and Den Helder will also attempt on the tournament.

Before we open the season on September 28th @ home um Ewent against Esch, we will play 2 more games against Racing and Musel Pikes.